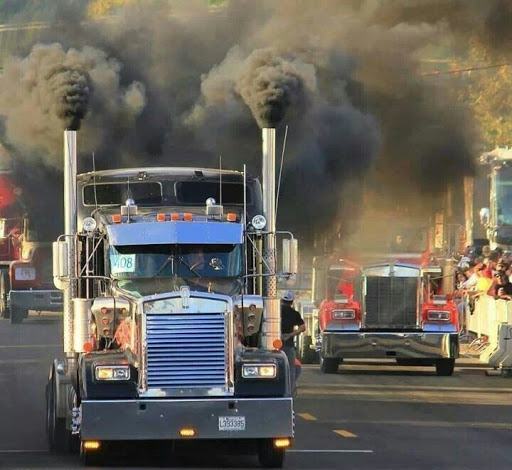 Under the current Trump administration, the federal auto emission standards set by the Obama White House were all but stripped away, calling for only a 1.5-percent increase in carbon emissions standards per year through 2026, a significant slowdown in regulation compared to the five-percent yearly increase that came before it.

But with a Biden-Harris administration set to take over the White House in January 2021, different transportation industry players—including automakers, trucking companies, and public transit providers—are wondering where they will stand when it comes to emissions standards and autonomous vehicle regulation.

Here’s what to (possibly) expect under President Joe Biden.

Last fall, California was joined by 22 other states, Washington, D.C., and the cities of New York and Los Angeles in the lawsuit confronting the current administration’s move to take away the state’s ability to set harsher emissions regulations. The Biden administration, however, is not likely to challenge California’s clean air waiver.

When it comes to internal-combustion engines, Biden has stated that he plans on working with individual states on stricter emissions guidelines. For the consumer, what this means is that traditional vehicles will be cleaner and likely more expensive. This means less uncertainty for the automakers as they’ll have a single plan to work with on a national scale.

Rolling Back to Roll Forward

Biden may restore strict fuel efficiency and greenhouse gas emissions standards peeled away by Trump. Under Trump, the Environmental Protection Agency (EPA) did away with an Obama-era standard that imposed stricter fuel-efficiency standards for cars and trucks. This allowed cars to emit nearly a billion tons more carbon dioxide over the lifetime of the vehicles than they would have in the Obama years.

When it comes to self-driving vehicles, including autonomous trucks, the Trump administration has taken a slower approach to expansion, including not guiding infrastructure or vehicle safety, specifically when it comes to necessary testing for autonomous vehicles and Trucking insurance. Companies like Tesla, which is forging ahead with its autonomous trucking technology, are looking at creating their in-house trucking insurance options to get around regulations.

While the National Highway Transportation Safety Administration’s (NHTSA) automated vehicle guidance contains 12 safety elements for testing, it does not contain autonomous driving system developers’ metrics to determine whether they reached safety goals. And even though AV safety guidance under both Obama and Trump expanded testing, the Trump administration aimed to relax federal safety regulators’ ability to patrol vehicle safety among automated vehicles.

Under a Biden administration, automakers can expect a more active approach to regulating autonomous vehicles. This shouldn’t come as a surprise to trucking companies, tech companies, the public, and all potential parties involved in the expansion and oversight of self-driving vehicles on the road. More specifically, last November, Biden announced a $1.3 trillion plan on infrastructure to reduce carbon emissions, including spending $50 billion on repairing roads and bridges, and $1 billion sent to cities around the U.S. to transition to automated vehicles.

Given the state of the economy that Biden will have to take on and the overwhelming impact of the ongoing COVID-19 pandemic, autonomous vehicle regulation might not be at the top of President Biden’s plan. However, Biden will likely have to address the issue sooner rather than later as lawmakers in the House of Representatives have talked about renewing their efforts to pass an autonomous vehicle bill as soon as he takes office.

Western Truck Insurance Services is a commercial truck insurance agency with roots dating back to 1954. We have evolved into a highly respected, professionally managed, truck, and transportation insurance brokerage. The hallmark of our organization is our desire to provide unparalleled service. We go way beyond what you expect to receive from an insurance brokerage. Equipped with state of the art automation, Western Truck Insurance can provide you with lightning fast truck insurance quotes, customer service, Insurance certificates, and coverage changes.